There’s a chef-school advertising on TV presently (I won’t advertise them by naming them) who boasts that it is taught by:

It’s really quite funny to listen to the line as the announcer voice-punches the “experienced chef!” part of the sentence so forcefully that you are briefly left with the impression that the teachers are, in fact, experienced chefs, but then, just a tiny moment later, you hear the muffled “instructors” slipped in, and suddenly your mind does a double take:

“Oh, that’s something quite different, isn’t it?”

For the contrast between the well-emphasized “chef” and the under-noted “instructors” is so distinct that it stands out like a grape juice stain on a white carpet, and so the listener can’t help, but inquire:

“Oh, so you were trying to hide that they’re chef-instructors instead of actual chefs?”

Truth be told, if they’d just called them “chef-instructors” without playing emphasis games, I wouldn’t have known that “chef-instructors” aren’t as good as “chefs who instruct.” But now I do. Thanks, unnamed-chef-school for your helpful emphasis in advertising: it allowed me to clearly see this as a weakness, and so, if I ever decide to get my chef’s licence, I’ll certainly know where not to look.

Just kidding: I will attend your school!… (if you pay me a million dollars). 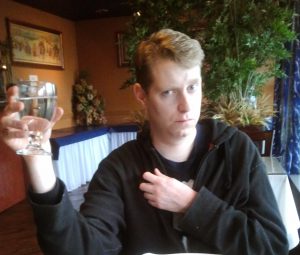 2 thoughts on “THE BEST BLOG POST EVER!… (CAN BE FOUND ELSEWHERE)”