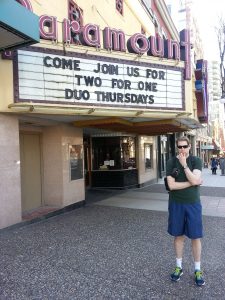 Recently, students in Charles Best Secondary School’s “Social Justice” class decided to protest against a “gentlemen’s club” in my home city of New Westminster. Both the teacher of the class (interviewed by Bill Good on CKNW), and one of the students (interviewed by Simi Sara on the same station), seemed disappointed and perplexed by the negative reaction they received to their attempts to “educate.” Those leading this protest seem to be following the examples of the “Occupy” and “Idle No More” movements, which proclaim themselves to be society’s moral elite, and then are baffled by those who have the audacity to disagree.

When you question people’s character, do they not have a right to be just as passionate in defending themselves as you are in accusing them? These protests could have real consequences for people’s livelihoods and so demand to be rigorously scrutinized.

From what I can gather, the students’ argument against the club comes in two parts:

(1) First, the protestors claim that the business is a part of the sex trade, and so by definition is harmful to the women dancers.

This is a significant charge which requires serious consideration before being levied at an individual business. My understanding is that prevailing opinion amongst social scientists is that those marketing their bodies are best off in a decriminalized “industry” as opposed to being pushed into the shadows by the law. If the students have credible evidence that contradicts that, I would be interested to hear their case. But I suggest they ought to do more than simply associating exotic dancing with all ills of prostitution, which is akin to protesting London Drugs by pointing at all the wrongs of the pharmaceutical industry and illegal drug dealers.

(2) The students’ second argument against the club is that it is sexist (and archaic) for men to go to a club for the purpose of watching unclad female strangers.

Most feminist thinking would agree with the students that such nudity “objectifies women,” but what exactly is the argument behind this truism? I don’t know if men watching naked women think of them as objects or not, but even if such a claim can be demonstrated, is it morally correct for us to tell others how they should think in such situations?

It’s dangerous to condemn anyone’s sexuality, regardless of how unseemly it may seem to the students. A cohort of “social justice” advocates ought to have definitive evidence  that the customers are doing something harmful in their actions before making public judgments of sexual righteousness. From what I’ve heard so far, the students have provided no such argument beyond linking exotic dancing with prostitution. Their case seems to ignore some critical questions:

(A) Is there any evidence of abusive or unsafe work conditions in the particular club they’re protesting?

(B) Are there any academic studies showing that exotic dancers suffer psychologically as a direct result of their occupation (beyond what they would experience in more “respectable” occupations for which they would be qualified)? If yes, then the students may have an interesting moral claim.

(C) But, if not, do these social justice advocates really want to be the morality police who dictate sexual thought?

The students, of course, have the right to protest anything they wish on the basis of any reason they perceive, but when we proclaim ourselves to be the moral judges of our neighbours, we should not be surprised when those judged don’t gratefully accept the lecture.

5 thoughts on “THE MORALITY POLICE AGAINST EXOTIC VIEWING”