No Seth-rant collective would be complete without a charge against The Matrix.

This movie (I only saw the first one) may be a decent action-flick, so you are forgiven if you simply find it entertaining; my objection is to those who describe it as “philosophical.”

Yes, the movie’s premise is based on a standard philosophical contemplation (that the world, as we know it, may not be real, but instead some projection in our minds). However, in its treatment of this notion, The Matrix quickly sidesteps any philosophical obligations. Given, for instance, that The Matrix-universe is one in which the dark and dreary real world has been replaced with a cheerier matrix, an interesting question could be provoked: is it better to be happy in a fake world or unhappy in a real one?

Some of us at this keyboard believe experience is the most important part of sentient existence, and so we may want to argue that The Matrix-world was worth keeping up in lieu of the dreadful real world. It wasn’t as though the fake-offering was put up to cover up crimes against humanity; instead, all inhabitants lay peacefully in their projected-upon slumbers. But I’m happy to be wrong: maybe truth in existence is more important than contentment, and so, if philosophers were writing the movie, they may have tried to make an argument for why the matrix was a flawed existence (maybe it limits human potential, or leaves us helpless against sudden environmental changes). I would have liked that.

Instead, The Matrix writers (the Wachowskis) forwent argument and simply announced that the correct answer was that truth is always the most important; this they did very efficiently by simply designing the character who disagreed with them to be a raving murderer. Yup, instead of a genuine investigation as to which side would be the better way to exist (perhaps with a consequence that demonstrated why they thought their way was superior), the writers simply announced that good guys, by definition, would be on their side (pro-truth), while bad guys would be on the other (anti-truth). And that solved that.

Now, of course, action movies often need good guys and bad guys, so I can understand the need to have them pick sides, but, if the movie is meant to be philosophical, then shouldn’t it offer more than just a philosophical landscape with heroes and villains at either end? Shouldn’t the story also attempt to ask a few questions whose answers are comprised of more material than simply “white hat for ‘good’ and black hat for ‘bad’”?

But perhaps I’m being too restrictive about what qualifies as philosophical. In that case, I suppose the following subjects have also been sufficiently captured in the corresponding films:

I’m a fan of several of these movies, but I don’t watch Die Hard for an analysis of modern policing methods: I just go there to be entertained. Similarly, if The Matrix weren’t so self-satisfied in its tone (and publicity interviews), it could be an entertaining adventure, but please don’t expect to be watching philosophy in action.

If you are looking for an entertaining, yet philosophical film (of similar subject), consider The Thirteenth Floor. At least, it made me think without diagnosing me as good or evil based on my responses to its questions. 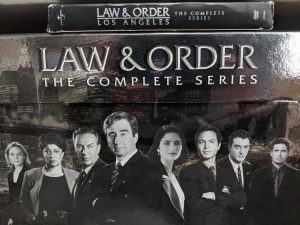